The EU For Culture Project holds its 2-nd Steering Committee

The EU For Culture project implemented by UNOPS Albania had its 2nd Steering Committee to set next steps forward. 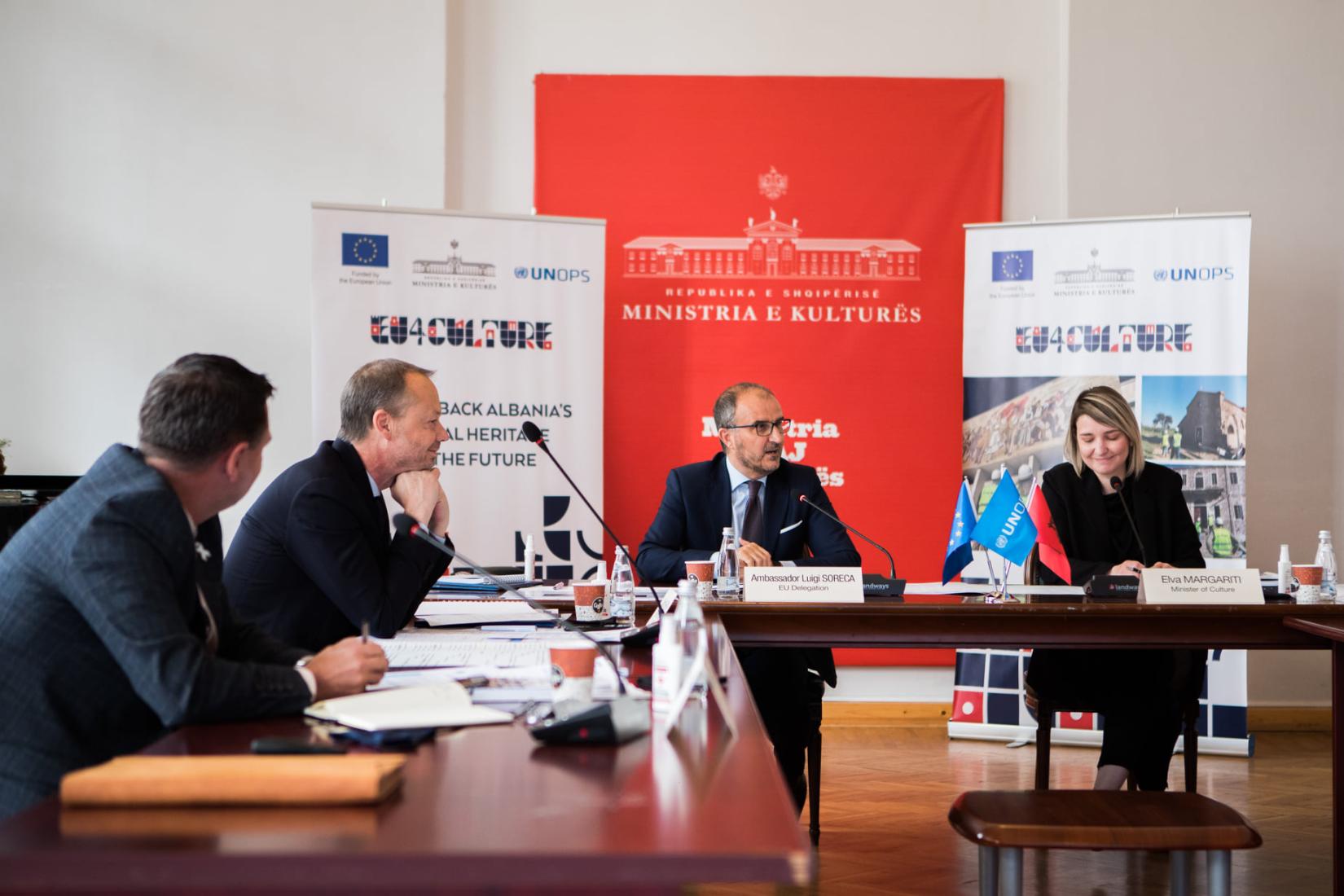 This project seeks to remediate the effect of the earthquake on Albania’s cultural heritage through the rehabilitation of monuments, as well as contribute to Albania’s socio-economic recovery through the construction and upgrade of these sites. It will be important also to support improvements in the capacity of institutions responsible for the management of these cultural monuments and sites to better accommodate tourism.

Aside from the work for the Tirana Mozaic, the St. Ndoi Church in Rodon, and St. Mary Church in Rubik, the other three sites to proceed are: Ethnographic Museum in Kruja, Kurcaj Bridge; Venetian Tower in Durres;

In this project UNOPS is partnering with the Government of Albania and the European Union, as well as with the UN system.

On 26 November 2019, Albania was hit by its most deadly earthquake in a century. The earthquake measured 6.4 on the Richter scale and caused significant casualties and property damage, resulting in 51 deaths, over 1000 injured, and nearly 14,000 people displaced.