The UN Refugee Agency (UNHCR) and the NGO Caritas Albania – under the auspices of the Ministry of Interior and the Municipality of Kolonja - have jointly held an inauguration ceremony for premises at the recently refurbished social center in Erseka. The event is being held in line with World Refugee Day 2020, which was commemorated globally on 20 June. The inauguration was leaded by Mr. Dhori Spirollari. Prefect of Korca District and have been done in presence of Mr Erion Isai, Mayor of Kolonja Municipality, Ms. Ana Verushi, Head of the Regional Council of Korca District, who have received the refurbished premises, and Mr. Brian Williams, United Nations Resident Coordinator.

The refurbished premises will serve to benefit the local population and will also accommodate vulnerable individuals who arrive in the country at the south-eastern borders, seeking asylum. This may include women at risk, unaccompanied and separated children, or survivors of sexual and gender-based violence.

The refurbished premises will offer vital temporary shelter and services for the most vulnerable asylum-seekers, pending the transfer to other more permanent reception facilities. According to data from UNHCR and partners, 27% of the refugees and migrants arriving so far this year have been women and children, and 74% have been from countries facing conflict, violence or human rights violations. The refurbishment at Erseka is in line with previous investments by the government of Albania, IOM and UNHCR to increase such capacity in the border regions.

UNHCR Representative to Albania, Pablo Zapata said: UNHCR remains engaged in supporting governmental policies and efforts to adequately shelter asylum seekers, such as in the Erseka Social Centre that is being inaugurated today, where they will be able to receive specialized services according to their needs. Persons hosted in this Centre will receive here the first specialized services according to their needs, a first step to integrating and contributing to the country’s development. 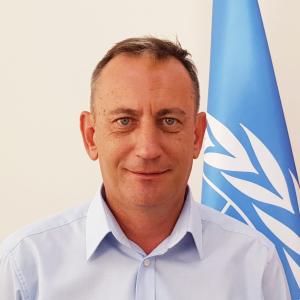