The future we want. The UN we need

The fact that the United Nations continue to exist even after 75 years - a relatively long period of time - makes one think of two conflicting ideas. On the one hand, one can hardly deny its greatly beneficial activity in the various global geographic regions[1], and, on the other hand, doubts are arising in view of its passive role in addressing and solving major, widespread problems, mainly with humanitarian consequences and related mostly to the Middle East, problems that are as old as the UN itself and some of them a result of its decision-making[2].

But the inclusiveness of states committed to achieving the goals set forth in the preamble of the UN Charter[3] - the organization’s most fundamental and representative document, points to the lasting opportunities for the organization to improve and function more decisively for the common good, as well as to maintain a right balance between the just interests of all state, intercountry, and supra-national actors, thus, enabling that harmony and world peace that is rarely seen and heard, but that the UN pledged to achieve 75 years ago. And for this to happen, the UN will have to make copious efforts to change and, consequently, change the course of events that have burdened the nations and the world.

One of the elements that should possibly undergo change, in order to ensure increased effectiveness of the UN activity, is its organizational and functional structure. As the General Assembly, for all its raised issues and held discussions, is only entitled to generate recommendations,[4] the decision-making task has been assigned to the Security Council (SC).[5] But granting decision-making power to only five permanent SC members, while envisaging a weaker role for all other states holding non-permanent seats in this body, at a time when the UN membership is made up of 193 states, makes a rather disproportionate legal arrangement, in view of the shares of interests held by the latter states and which in fact constitute the qualified majority of the world nations. The decision-making of global issues left in the hands of five powerful states, with different or even opposite interests to the rest of the world countries or even to each other, provides them with absolute political power to decide the fate of the world.

Moreover, another legal definition that undermines intercountry co-operation is the absolute veto, this again being an attribute of the five permanent SC members only, a provision that theoretically and practically violates the common international interest[6] and that has wreaked enough damage to the possibility of finding solutions to global problems. These decision-making processes significantly reduce the credibility of the values and position held by this body, turning them into a “binding peace” for the rest of the world. The SC decision-making will have to be a joint process by spreading this function among the organization’s member states, so, it is necessary to restructure these bodies and their functions, making possible its transformation from a decision-making organization controlled by its founding states into an assembly that sincerely serves the common international interests.

2. Changes in the transparency mechanisms

Another element, whose change could be beneficial for the UN’s future, concerns the increased efficiency of the organization’s communication with the nations that would also lead to enhanced transparency in the implementation of decisions. It is the nations and their well-being the real reason for the organization’s establishment, but they have but little information about it, and there are only a few possibilities for the nations’ inclusion in the mutual contribution that the UN and individuals will have to make to each other. Of course, organizations with a global outreach and a complex structure, such as the UN, have a natural tendency to generate doubt among the people[7] about the genuinity of their decisions, the mechanisms used for their implementation and the supporting acts, be they financial, political or military related.

For that reason, in order to resolve this historic conflict between those who are served and those who serve, new mechanisms should be added and the existing ones clarified and promoted even more, in order to bring closer the nations and the United Nations, and deliberately increasing the first’s control over the latter, thus, guaranteeing increased transparency and support between the two parties, in order to faster achieve the long-term objectives related to the improvement of global situation.

History has not run smoothly until the establishment of a multinational organization within which dialogue happens and decisions and actions are taken to guarantee the common values, interests and goals for the good of the nations. And, of course, among all the world’s problems, these are just some of them, problems that could be addressed through some possible changes to the United Nations, changes which can lead to other changes and safety improvements for people’s lives, thus ensuring a continuum of international activities for establishing the due global harmony balances.

Charter of the United Nations

Declaration on the Commemoration of the seventy-fifth anniversary of the United Nations, adopted by General Assembly, 16 September 2020.

The Report on the UN75 Initiative

[3] Chapter I: Purposes and Principles, Charter of the United Nations.

[4] Chapter IV: The General Assembly, Functions and Powers, Charter of the United Nations.

[5] Chapter V: The Security Council, and Chapter VII: Action with Respect to Threats to the Peace, Breaches of the Peace and Acts of Aggression, Charter of the United Nations.

[7] Declaration on the Commemoration of the seventy-fifth anniversary of the United Nations, p. 4, 12, approved by the General Assembly on 16 September 2020. 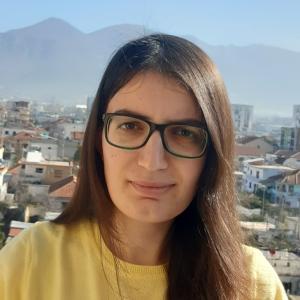