If we were to accept the fact that a failure learn us how to be successful, then the UN succeeds by learning from the experience of the League of Nations, which failed to stop World War II and brought to the world over 20 million victims. From the ashes of the ruins of such war, the UN phoenix appeared on October 24, 1945. Over 75 years, nearly 30 specialized agencies, programs and UN funds have contributed to make the world a better place, free of world wars, with less poverty and the suppression of human rights, in more than 193 countries that are now its members. The “ship of UN dialogue” has often sailed in the turbulent sea of "other wars and fights” that have marked the existence of the UN since 1945. Names such as the Cold War, the fight against poverty, the climate change, the “must” for the education for all children have witnessed that the UN has not stopped fighting with its "weapon of dialogue and cooperation” to achieve the development and peace.

The UN has declared the Millennium Development Goals for the first 15 years 2000-2015 to continue this challenge with the Paris Agreement for 2015-2030 so that the world in 2030 might be a place where poverty, lack of health care, illiteracy being a history of the past. The future lies ahead of us but it is full of challenges and risks while there are even more opportunities and our global village can come out of the “ tunnel of problems” being illuminated through long-term cooperation. The year 2030 is not far away and over the next 10 years we must have a UN where its word and action matter a lot to create a world where sustainable development offers opportunities for all and must be labelled “Made in UN”.  The age of 75 years old belongs to an individual with a long life and the UN should not waste such a valuable experience. Strengthening international cooperation within the UN should not be a desire but an obligation as 87% claim ‘is very important or essential for addressing global challenges’[1].

But I think that UN decision-making should not be blocked by the ghosts of the Cold War that are already emerging as a war to dominate global markets. Perhaps, today the UN is talking but does not have all the means to turn targets into tangible actions. It would be something very inspiring and hopeful for the people that the UN doubles its Global Fund for Sustainable Development and by end of 2030 makes possible for developing countries to meet these goals. It is already a known fact that globalization is marking the 21st century where we are living and where clashes with winners and losers continue. In the middle of this, that often takes the form of debates and protests, I believe that the UN must reinvent itself and try to find the balance on how to support the losers of this process. It means, help them adapting themselves in a rapidly changing world thanks to globalization and technology. None of us would believe some years ago that ICT and AI would change fundamentally our lives, somewhere emerging as devastation where automation and robots are destroying jobs and elsewhere as opportunities for the poor people to communicate faster, cheaper and even lift them out of poverty. If in 1981 poverty was 43%[2], in 2011 thanks to the economic globalization of the post-1990s where the UN played its role, it has managed to fall it to 14% although poverty remains a problem that threatens the rights of everyone to live with dignity.

By 2030, the UN is in a race against time and itself to push a global agenda that is linked to 17 human-centered goals related to biological and social human beings needs. They have taken the form of the 17 “commandments” that the “Lord of Development” gave to the UN to lead the people   towards sustainable development from “No poverty” to “Partnership for the Goals”. For me, education should be the mantra of the UN until 2030. We are moving towards the knowledge and digital economy in the years ahead. And the only thing that can save us as young people to face the world is coming, is quality of education. I would love to see the UN create “Youth Digital Skills Fund” that will offer each member state the opportunity for its young people not to lag behind the digital world. The UN should do this as it has every opportunity to lead this process because even the 75th UN General Assembly stated “No other global organization gives hope to so many people for a better world and can deliver the future we want.”.[3] Consequently, the  UN is an organization you can not wish for its birthday "May you become 100 more years old", because  its existence is needed for  our world over a century. 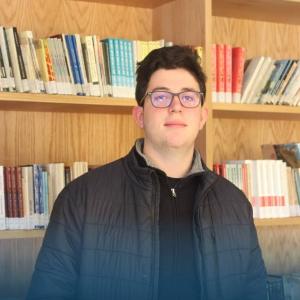