I am very pleased to be with you all today and to note that the Albania Network of Women in Science was established by UNESCO in 2011.

We all have excellent examples of women in science we can relate to in our own countries. Mine is Professor Sara Gilbert from the UK who led the team that brought the Oxford/AstraZeneca Covid-19 vaccine to fruition.

However, science and the so-called STEM subjects (science, technology, engineering and mathematics) continue to be perceived as “a male field”.

Young girls are less likely to express an interest in becoming a scientist or an engineer than boys.

On a personal level, I have two daughters and I used to purchase the New Scientist Magazine every week when they were kids to overcome gender barriers in my own home, although unsuccessfully as they ended up in art and social sciences.

The overall picture globally shows that gender barriers girls face from their early school life onwards shape their choices for years to come.

Educational outcomes significantly contribute to gender disparities in the labour market and the gender wage gap.

Unfortunately, this trend is very clear in Albania where gendered patterns and segregation are present in higher education.

In vocational education, the vast majority (roughly 82%) are boys, largely due to the “male professions” stereotype, the social climate in vocational schools, the type of curricula offered, and girls’ employment perspectives upon graduation.

In tertiary education, on the other hand, 60% of students are girls compared to 40% of boys. Girls mostly pursue studies in education, health and wellbeing, and human sciences, while boys dominate the field of services, engineering, manufacturing and construction, agriculture, forestry, fisheries, and veterinary.

Though more women graduate from university compared to men, they do not enter the labour force in the same numbers and are not in line with their educational qualification.

Over-qualification has become more prevalent in recent years. Working in a job that has lower educational requirements than one’s own education level is associated with a “wage penalty”, which has been shown to be higher for women than men.

Similarly, in 2019-2020 the academic staff in the primary and secondary education was predominantly composed of women (75.5 % and 68.4 % in each level respectively). Men prevail in the higher education, whose percentage increases upon obtaining higher academic titles.

Patriarchal values, stereotyped gender roles and preconceptions about who does what job continue to leave women and girls behind.

So in response to the title of today’s event “Women and girls, the best ambassadors for science”… well my response is maybe. Science might not be the right path for everyone but our common goal should be to strive together for a society where women and girls are fully aware of their worth and feel they can realize their full potential in any endeavour they wish to undertake.

Thank you for your attention and I look forward to hearing the stories of Albanian women in science. 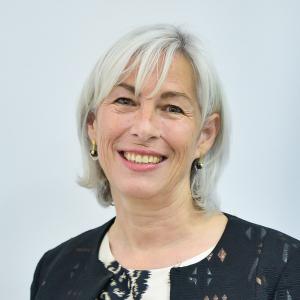