The 75th anniversary of the United Nations was commemorated in Albania through a series of activities. Under the campaign "It's my UN" it (#itsmyUN) strong messages were delivered about solidarity, compassion, and collectiveness.

"It's my UN" aim was to give voice to the people, the humble ones, those who are fighting to save the lives of others. The ordinary individuals who find the strength to persevere and endure despite overwhelming obstacles, such as an earthquake and a global pandemic.

A firefighter who tells the story of his life, his memories of the rescue operations following Albania’s strong earthquake of November 2019. He believes in the power of Solidarity.

A Covid-hospital nurse who is a strong fighter yet a compassionate human being. She believes in the Healing Force of Compassion.

The earthquake and the pandemic are two complicated topics for adults, let alone children. Under “It’s My UN’ motto and in cooperation with art teachers and parents, children were encouraged to express emotions through art. A "Circle of Hope" installation was created and placed at the center of capital Tirana where children placed their artistic works as a way to express this year's experiences and see how collectiveness and the use of technology can generate positive vibes for children.

This UN 75th anniversary is about listening to the voice of the people and UN Secretary-General leads a global conversation to listen to the opinions and concerns of all citizens of the world.

An interactive exchange with youth on multilateralism, the pandemic, and SDG meaning in current times was organized with the UN Association Albania on 24 October with the participation of the UN Resident Coordinator in Albania, Fiona McCluney, representatives of WHO and UNW, high Representatives of the Ministry of Europe and Foreign Affairs with engaged young people – including high school and university students and young professionals.

UN Albania invited all partners to the Albanian premiere of the documentary "United Nations: Urgent Solutions in an Emergency Time," a production about poverty, inequality, injustice and climate change, starring Beyonce, Forest Whitaker, and Malala Yousafzai.

On behalf of the UN Country team Albania, Resident Coordinator Fiona McCluney delivered a video message on the occasion of the UN Anniversary where she also congratulated Albania on its 65th anniversary of being a member of the UN. 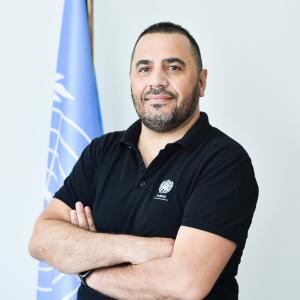