Our Team in Albania 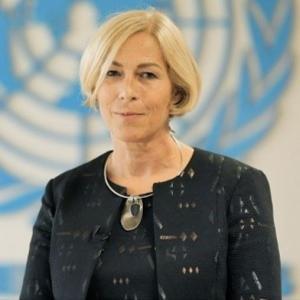 UN
Resident Coordinator
fiona.mccluney@un.org
twitter
linkedin
Fiona McCluney is the UN Resident Coordinator in Albania. Ms. McCluney brings over 30 years of experience in development practicioner and urban planner, including 12 years of service to the UN system. From 2015 until recently she served as United Nations Resident Coordinator in Montenegro, concurrently working as UNDP Resident Representative until the end of 2018. Prior to her appointment in Montenegro, Ms McCluney worked with UN-Habitat as Chief Technical Adviser and Head of their Country Office in Palestine (2012-2015), and in Iraq (2011-2012). From 2008 to 2011, she served with UN-Habitat in Iraq as Head of Urban Governance, Land and Housing. Before joining the UN, Fiona was Principal Consultant for employee-owned GHK Consulting Ltd, UK (now ICF International Ltd) where she undertook assignments for central and local government in UK (Cabinet Office, DEFRA, DFID), held long term positions on DFID funded urban and environmental programmes in India (Andhra Pradesh, Kolkata) and on the design of urban loans for ADB and World Bank (Pakistan, China). Fiona has held planning policy positions in local government (Southampton City Council, London Borough of Lewisham), for the Hong Kong government (Territorial Planning Dept) and in small island development (Anguilla, St Helena). She holds an MPhil in Urban Design and Regional Planning from the University of Edinburgh.
Read more 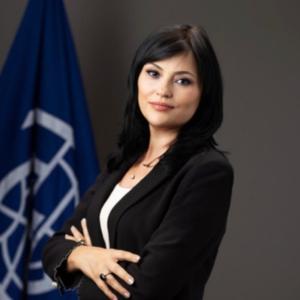 IOM
Head of Office
ajani@iom.int
Alma JANI joined the International Organization for Migration (IOM) in 2001. Ms. Jani has been the Head of Office for IOM Albania since 2012, Resource Management Officer during 2005 - 2020 and Chief Accountant from 2001 to 2005. Prior to joining IOM, during 1999-2001, Ms. Jani has served in international organizations in leadership and management roles. From 1993-1999, she acquired substantial experience in the public and private sector. In performing her role, she builds upon a combination of international experience and knowledge of Albania, which has played a vital role in development and growth of the mission and in leading of IOM Albania’s programs into the future. Alma’s 20 years of professional experience with the IOM also include work with missions in Montenegro, Kosovo, Iraq, Cyprus, Libya, and Washington D.C. Her achievements are built upon an extensive professional and academic background which includes an Executive Master’s in Business Administration, University Degree in Finance, diploma in International Relations and Diplomacy and various professional trainings. Most recently (Sept 2020 – March 2021), Alma successfully completed the IOM-Harvard Strategic Thinking and Management course. Alma is dual citizen of Albania and the USA. She is married and is the mother of a son and a daughter.
Read more 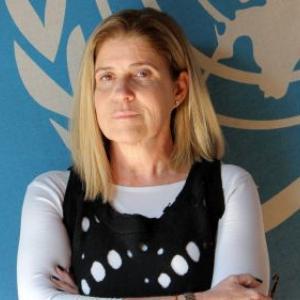 UNESCO
Other
al.thompson-flores@unesco.org
Ms. Massot Thompson-Flores has 30 years of progressively responsible professional experience within the UN Common System. In 1987, she began her career in the Human Resources Department of the Food and Agricultural Organization (FAO) and joined the World Food Programme (WFP) in 1995. In 2004, she was seconded to the UN Development Programme (UNDP) in New York, as Chief of the Human Resources Policy Unit, returning to the WFP in 2005. In 2008, she joined UNESCO as Deputy Director of the Bureau of Human Resources Management and in 2011 she was promoted to the post of Director. She held the post of Assistant Director-General for Strategic Planning in 2015 prior to joining this regional bureau.
Read more 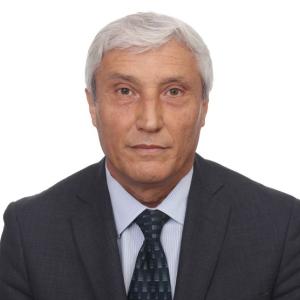 FAO
Asistent Representative FAO Representation in Albania
arben.kipi@fao.org
Arben Kipi, a national of Albania, has a background in animal production science. He has served at FAO since 2015 as the organization’s Assistant Representative in the country. In performing his role at FAO, he builds upon a combination of broad international experience and knowledge of Albania and the challenges it faces in the agricultural and rural sector. Before joining FAO, Kipi served as head of cabinet in Albania’s Ministry of Agriculture, Rural Development and Water Administration. Prior to 2013, he led the livestock information systems in the country’s Food Safety and Veterinary Institute. During his career, Kipi was national project coordinator for a number of international technical assistance projects concerning livestock, animal health and rural development, which are his main fields of technical expertise. Kipi graduated in 1981 from the Agriculture University of Tirana in Animal Science. In 1988-1989 he completed Msc level studies (D.E.A) at the National Agriculture Institute of Paris, and in 1990-1993 he obtained his doctoral degree from the French National Institute for Agricultural Research and the University of Paris XI, Orsay. He speaks Albanian, French, English, and Italian.
Read more 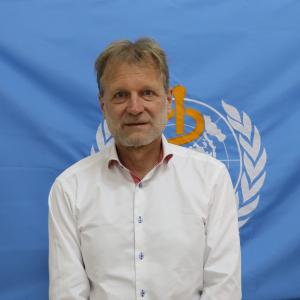 WHO
Representative
rockenschaubg@who.int
Gerald Rockenschaub is a national of Austria, he is a medical doctor with a specialization in general surgery with several years of clinical work experience in surgery and emergency medicine. He has a master’s degree in public health (MPH) from Boston University, with a focus on Health Services Management. He has supported medical relief operations for the Red Cross and Save the Children in Ethiopia and Eritrea, and managed health programs for NGOs and the Austrian development cooperation in the Middle East and in Kosovo. He joined the World Health Organization in 2004; for over 10 years he was in charge of coordinating emergency preparedness and humanitarian response activities for the WHO Regional Office for Europe, supporting response operations in Central Asia, the Balkans and in the North Caucasus; he was deployed to support several response operations, in Pakistan and in Afghanistan, to Jordan - to coordinate the regional response hub to the Syria crisis, and to the Philippines. From 2014 – February 2021 he was the Head of the WHO office for the occupied Palestinian territory (covering West Bank and Gaza Strip) in Jerusalem, with sub-offices in Ramallah and Gaza. In February 2021 he joined the WHO country office in Albania as WHO Representative. 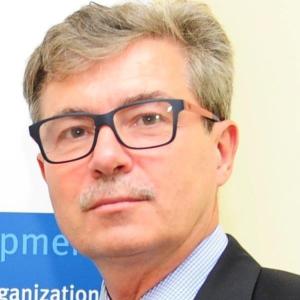 UNIDO
Chief, Europe and Central Asia Division
j.cukrowski@unido.org
Prior to joining the Regional Coordination Division for Europe and Central Asia in UNIDO’s Headquaters, Jacek Cukrowski was a head of the UNIDO Institute for Capacity Development. Previously, he worked for the United Nations Development Programme (UNDP) in the capacity of an Adviser on Millennium Development Goals and a Head of the Regional Center for Europe and the Commonwealth of Independent States. Earlier he worked in the Center for Social and Economic Research (CASE) in Poland and with the Economic Institute of Academy of Science of the Czech Republic. The academic background of Jacek Cukrowski includes MSc in system engineering, PhD in computer science, PhD and habilitation (senior post-doctoral qualification) in economics. 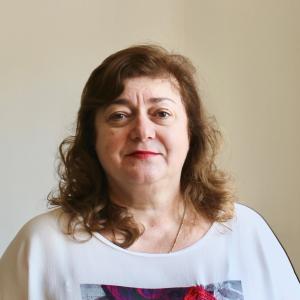 UNFPA
Head of Office
bello@unfpa.org
linkedin
Manuela Bello, UNFPA Albania Head of Office started her work with UNFPA in March 1994 as Deputy Director of UNFPA Maternal and Child Health Programme and in 1997 she became National Programme Officer of UNFPA Country Programme. Manuela holds a bachelor degree in General Medicine from the Tirana Faculty of Medicine, a diploma on Intensive Care and Anaesthesiologist and a Master Degree on Gender and Development from Tirana Faculty of Social Sciences. Working for more than 20 years with UNFPA, Manuela brings high professionalism, commitment and dedication to UNFPA programmes and has proven to be a good manager of the UNFPA CO office, by acting for more than 15 years as Assistant Representative and member of the UN Country Team in Albania.
Read more 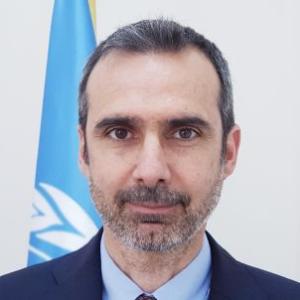 UN Women
Representative
michele.ribotta@unwomen.org
twitter
linkedin
Mr. Ribotta joined UN Women Albania in September 2019. Prior to this assignment, he was adviser to the Director of the UN System Coordination Division in New York. In his capacity, he has driven UN Women’s efforts to mainstream gender in the work of the UN Development System at global, regional and country levels. Before joining UN Women, Mr. Ribotta led the UN Coherence learning team at the UN System Staff College, providing training and facilitation services to UN Country Teams on leadership and strategic planning. Prior to that, he served with UNDP Egypt as Head of the UN Resident Coordinator Office. Mr. Ribotta has a master’s degree in law obtained at the University of Rome, La Sapienza.
Read more 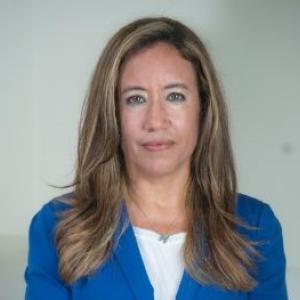 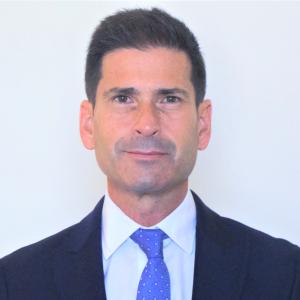 UNHCR
Representative
zapata@unhcr.org
Pablo Zapata has served with UNHCR since 1998. He has been the Representative of the UN High Commissioner for Refugees in Albania since mid-2017. Previously, Pablo served in UNHCR Syria as Senior Cluster Coordinator between 2015 and 2017. Between 2010 and 2014 he led respectively the resettlement and the protection teams of UNHCR in Ecuador as Resettlement Officer and then Senior Protection Officer. In 2009 he completed short assignments in Kenya and then in Costa Rica where he coordinated the resettlement of refugees at a regional level. Between 2004 and 2008 he served in UNHCR Spain as Protection Officer. Between 1999 and 2003, arriving at the time of the Kosovo crisis, he worked in Albania supporting governmental efforts to set the nascent asylum system, including the then-innovative pre-screening procedure. He started his humanitarian career with UNHCR in Rwanda in 1998. Pablo is dual citizen of Chile and Spain. He earned his law degree at the Catholic University of Chile and his attorney accreditation by the Chilean Supreme Court. Before joining UNHCR he worked in business consultancy and did voluntary work as candidate attorney in Chile and in France. Pablo is married and is the father of two sons.
Read more 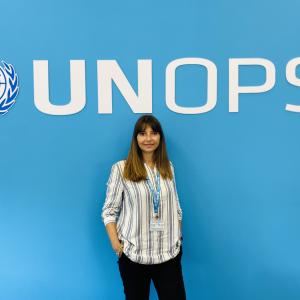 UNOPS
Country Manager
pamelal@unops.org
Pamela Lama is the Country Manager of the UNOPS office in Albania. She has extensive experience in managing multi-partner EU-funded projects since 1996. Prior to her assignment as the Head of UNOPS Albania team she served as the Head of the International Projects Unit of the Municipality of Bologna, Italy. Over the last years, she has been mainly engaged in projects dealing with urban resilience and participatory regeneration processes, with a special focus on the role of Cultural Heritage in driving innovation, sustainable and inclusive urban transformations. Pamela studied International Political Sciences and EU Law and she has a PhD in Architecture from the University of Bologna. She conducted her research on the definition of an Urban Agenda for Cultural Heritage supporting integrated, circular, participatory and sustainable development policies at the urban level. She is a passionate traveler and very eager to discover local beauties 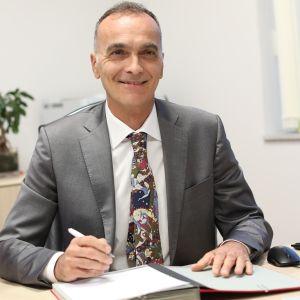 UNICEF
Representative
rdebernardi@unicef.org
Dr. Roberto De Bernardi, of Italian citizenship, arrived in Albania in April 2018 to take up his functions as UNICEF Albania Representative. He has worked for UNICEF in various countries and functions during the last 30 years. Dr. De Bernardi is an MD, graduated from the Faculty of Medicine and Surgery at the University of Genova, Italy. He subsequently obtained a Diploma in Tropical Medicine and Hygiene from the Liverpool School of Tropical Medicine. After working for an NGO in rural Kenya for some two and a half years, at the end of 1988 he joined UNICEF as a JPO in Angola. He then worked in Sao Tome e Principe, Burundi, Cameroon, Somalia, Sudan and Mozambique, occupying positions in the areas of health and nutrition, programme, and deputy representation. Before moving to Albania, he was UNICEF Representative in Colombia for four and a half years. In addition to his mother tongue (Italian), he speaks English, French, Spanish, Portuguese and Ki-Swahili. He is married and has two sons. He is also a great fan of his hometown soccer team, Sampdoria.
Read more 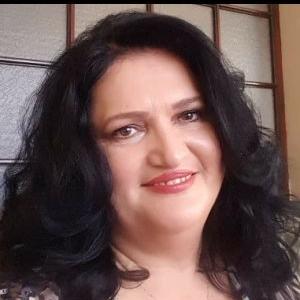 ILO
National Coordinator for Albania
harasani@ilo.org +355 698407008
With over 25 years of experience managing development programs, Mrs. Zhulieta Harasani is the National Coordinator of the International Labor Organization (ILO) to Albania since 2016. Prior to joining the ILO, Zhulieta served as the UNESCO National Professional Officer in Albania and Director General of Strategic Planning of National Cultural Heritage at the Ministry of Culture of Albania. Earlier in her career she was Co-director of the Education Division at the Albanian Education Development Mega Program (AEDP) and Inspector of the Department of High Education at the Ministry of Education and Science of Albania. She started her career as a university professor at the Agricultural University in Tirana in 1992-1993 and then at the Polytechnic University of Tirana (TU) from 2003-2008. She holds a master’s in business administration (MBA) from Nebraska University (USA) and Tirana University Faculties of Economics (2001) and completed an MA in Education Sciences from Tirana University (2003). She also studied education and law at Tirana University (2000).
Read more