Anniversaries are much more than just symbolic dates marked in red on the calendar, in order to commemorate some special days. In a way, they represent the catalysts of the past, present and future. In this 75th anniversary of the UN, as never before, the light-blue flag with the white peace symbol is waving over the empty lobby of the General Assembly Building. Since the start of this turbulent year, the COVID-19 pandemic has stubbornly imposed itself on the world reality, generating a whirlwind of numerous challenges.

Especially in the last two centuries, human history has been characterized by a series of upheavals, transitions, and attempts to heal the wounds of the past. The current pandemic has shown us once again that the incomplete cycles of history are destined to repeat themselves. Unhealed wounds may reopen someday to bleed anew. Yesterday, today and tomorrow, are nothing more but the building blocks of the same continuum, inseparably affecting one other. This 75th anniversary of the UN is a moment of reflection for the whole mankind, across the globe. This 75th anniversary is a unique moment in time to learn humbly from the past and to optimistically map our journey towards the future we want!

The UN was born out of the ruins of the cataclysm that was the World War II, being originally conceived with the primary goal of preventing the recurrence of a similar devastating catastrophe. The vision of a serene and peaceful world still appears as a global challenge in its own right. According to data from the Stockholm International Peace Research Institute, in 2006 alone, 17 major armed conflicts were raging in various regions of the world. Such data powerfully remind us that war is not a distant vision that suddenly haunts us when we dig in search of pieces of artefacts from the past century.

The shadow of war still lingers in our midst. Geostrategic tensions between the major world powers are boiling under the surface, and many people fear the consequences of a possible explosion. The threat of terrorism and the failure to block the proliferation of nuclear weapons are more present than ever before. The future we want has the shape of a new era of peace, security and prosperity for all. The future that the visionary founders of the UN conceived and designed 75 years ago! A future that radically embraces multilateralism while rolling out dissension, petty interests, divisions, and inequalities! A future of symbiotically coexisting with the ecosystem and solving the deep environmental crisis! A future of meaningful youth engagement beyond rhetoric, resolutions and symbolic efforts! A future of people and nations rather than governments!

Rapid technological development and radical societal, economic and political changes over the last decades have sparked a renewed drive for continuous reform and improvement of the UN. The UN resembles a mirror that clearly reflects the panorama of the times we live in. The UN’s futuremust advance with adaptive and progressive steps in the face of the challenges posed by this century. UN’s challenges are global challenges, ones that, in some way or another, we all experience in our daily lives.

Facing this deep crisis in the most unfavourable circumstances of this multidimensional global pandemic adds further weight to the call for the evolution and revolutionization of the UN itself. Over the years, the UN organizational system has maintained almost the same structure. Outdated and ineffective mechanisms need to be reviewed. A reformed internal system would also reduce the many bureaucratic, administrative and financial hurdles the organization is facing. The UN’s future would thus bring into being a renewed organism that is amply ready to face any unforeseen circumstances.

Comprehensive dialogue and discussions should be ongoing, extending beyond the circles of policymakers and government leaders, business executives and civil society organizations and activists, religious and academic communities. Platforms, which give to every social category the possibility and means to make their voice heard, should be added.

Another important point is meaningful youth engagement. Our potential as change agents needs to be materialized by granting more tangible space to the young people in the design, implementation, monitoring and evaluation of instruments, strategies and programmes that affect them. In this regard, the 2030 Agenda pays utmost attention to the advancement of youth engagement in the civil, political, and economic life, and also to the role of young people as builders of peace and stability.

The findings of the latest UN report clearly show that the respondents’ majority strongly emphasizes the values of solidarity and mutual support, especially in the countries hardest hit by the pandemic. Such extremely hopeful findings affirm our common will, enshrined in the inherent human motive of togetherness. The UN has always demonstrated the mankind’s ability to take collective action, driven by the aspiration of landing on the shores of a more promising future for all.

The journey towards the future is a whole process and not just a destination where we are expected to land any time soon. The UN’s role must be seen precisely in the light of this holistic approach, as an integral part of this holistic process. We must not forget that the UN founders also experienced a pandemic and, on top of it, the Great Depression, while successfully facing the challenges of a bloody world war. It is time to believe! United! 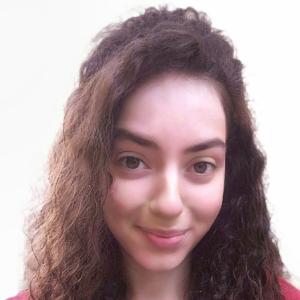